Skip to content
“Snacks!” demanded two crazy wee boys. “Snacks!!!” they yelled again. It was actually time for lunch, but they never yell for lunch. Snack. Snack. Snack! Always a snack. And in my head, I hear “Milk! Milk for the morning cake!” Ugh. Too many kids books!
For these two little men, food is something that must be consumed at all times. There is always a cracker stashed somewhere in the house. Raisins find their way out of books and into their mouths if they are denied a fourth helping of dates. I know they are growing boys (growing like mushrooms according to our 90 year old neighbour) but the consumption levels are incredible. “Astounding!” said the Gruffalo.
I hate throwing away food, and luckily most days there is little that goes to waste. But once in the while, there is a bit of leftover curry or bolognese or roasted potatoes. They get thrown in the fridge or the freezer for tomorrow’s lunch for me or… A leftover makeover! (Que the cheezy music and the fancy intro.) 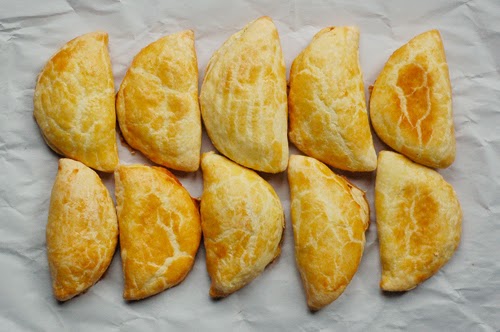 So. Seriously. Veggie Korma. What to do, what to do… Pasties. Pies. Puffs. Samosas. Call them what you want. Well, this version, we call them Curry Kumara Puffs. There was maybe about a half-cup to a cup of korma left over from the night before. So, hello kumara! 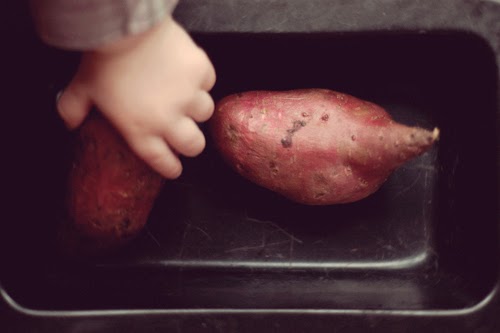 We baked a couple kumara (or you can use regular sweet potato, or not sweet potato) for an hour and then let them cool down. You could peel and cook them in a pot I guess, but baking them is a nice “leave it and play with the boys” way of cooking. Once they are cooled, take off the skins and mash them all together with your leftover korma. 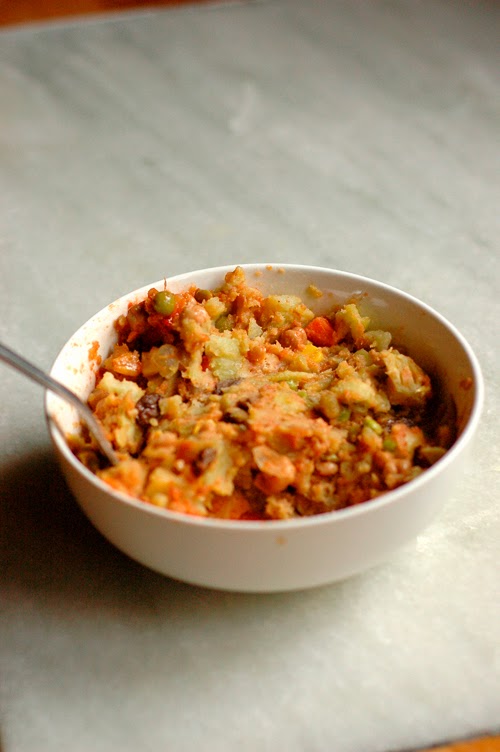 While this was tasty on its own, don’t eat it all!

Next, roll out some shortcut pastry. You can use the store bought stuff, which I did here, or you can easily make your own. Roll it out until you have a nice thickness, about 5mm or so. Then using a bowl or a big cup that is about 10-12 cm in diameter, trace or press through the pastry to make your circles. Keep doing this and then re-rolling until you’ve used all of you pastry.
Now – fill it! I used about a tablespoon and a half in each pastry circle, but use your best judgement with the amount the leftovers you have. Plop it on one half of the pastry and then with a wet finger, dampen the edges of the circles. Carefully fold over and press the edges together. I used a fork to make some silly edges as you can see, but they barely ended up noticable once they were cooked. 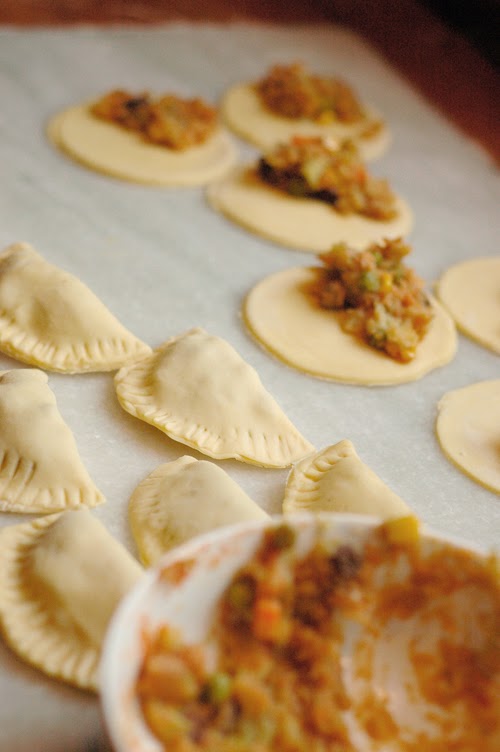 Brush them with some beaten egg and put them into a preheated oven, 200C for about 25 minutes or so. 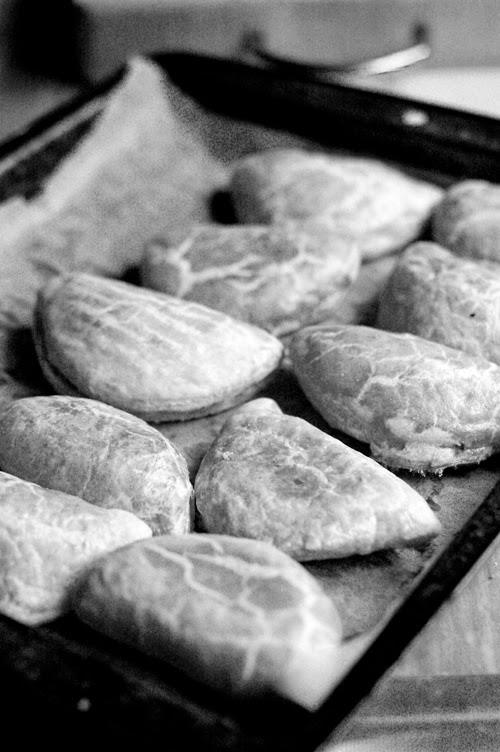 Pretty awesome. I put them in the freezer on the baking tray after they cooled a bit. After they were nicely frozen, I then put them into a freezer bag. The boys love them. I love them. Before I go to bed, I take a few out of the freezer, leave them in the fridge and after we get back from an outing before lunch, I put them under the grill for about 15 minutes to warm them through.
Pretty damn tasty. But I’m a sure for carbs and fluffy crispy pastry!
xx